Funny story … after (heck, even before) my “digital detox” in April I was getting annoyed with the stuff I was seeing on Facebook and Twitter. Friends would post something and ask if I’d seen it … usually I hadn’t. Their stupid algorithms had walled me into a little universe of what they thought I wanted to see.

I decided to fire up Inoreader and updated my subscriptions and RSS feeds. i decided it was time to get news and updates the “old fashioned” way that I used to before Google killed their Reader product. Turns out I’m not alone … 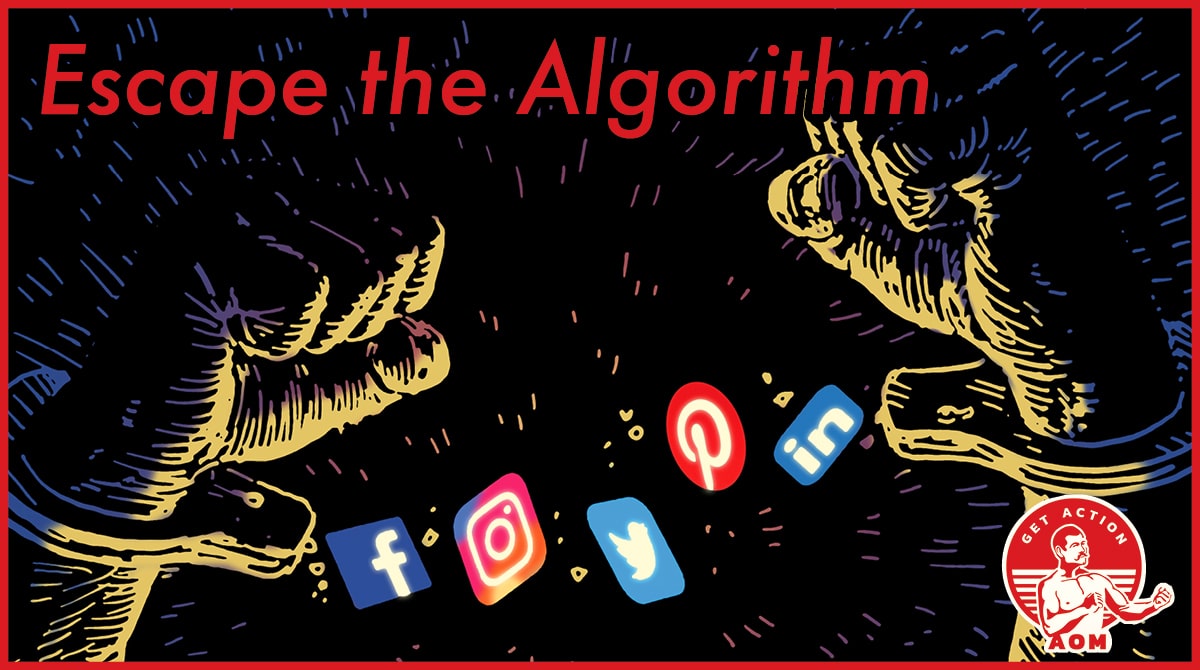 Source: Escape the Algorithm! | The Art of Manliness